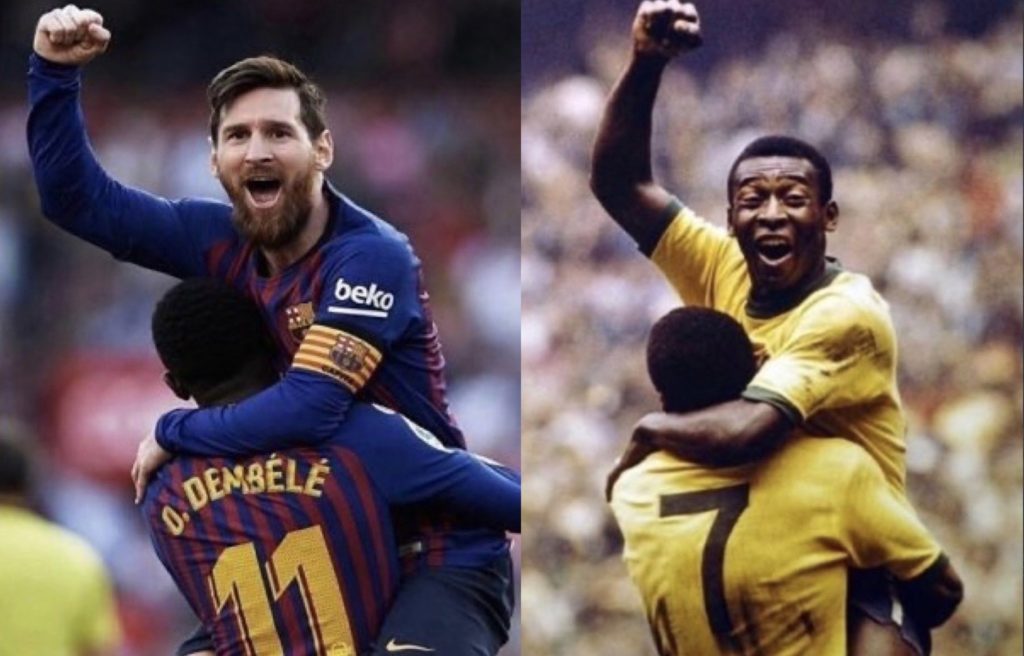 Brazil Legend Pele has urged Barcelona forward and Argentina international to continue all he is doing on the pitch to put a smile on the faces of people around the world.

Lionel Messi turned 34 on Thursday, celebrating his birthday with his Argentine team-mates. They’re currently together in Brazil at the Copa America, with Messi serving as leader and captain.

Messi received birthday wishes from all over the world, not just from fans and teammates but also from countless football personalities. One of the most special was from Pele, with the 80-year-old Brazilian wishing Messi a happy birthday and asking him to continue to make the football world smile.

“Happy birthday Lionel,” Pele wrote on social media according to Mundo Deportivo. “Continue to make the football world smile.” Others to write to Messi publicly included Ronaldinho, who was part of the Barcelona team Messi broke into, and another Ballon d’Or winner and former Barcelona player in Hristo Stoichkov.

Argentina drew their first match 1-1 with Chile before beating Uruguay 1-0, most recently beating Paraguay 1-0. Next up they face Bolivia, in the final match of the group phase. Messi has performed well so far; he’s contributed a goal and an assist.

Messi is currently negotiating a contract renewal with Barcelona, with his current deal set to expire in a matter of days. Joan Laporta is desperate for his talisman to continue at Camp Nou; despite his age, he contributed 30 goals and eleven assists in 35 games in La Liga last