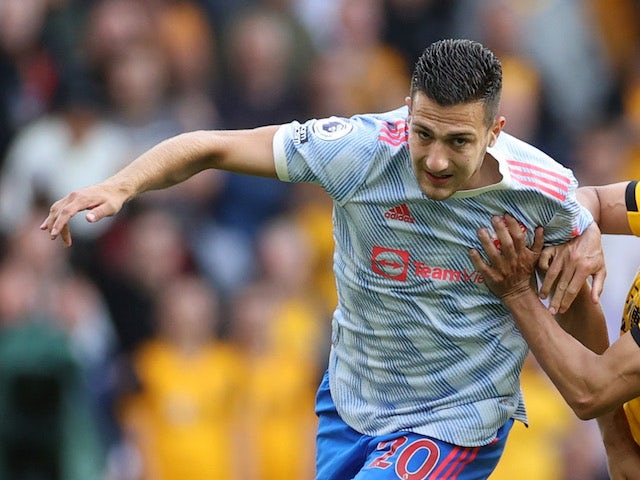 Diogo Dalot has said that he is determined to secure “an important role” in the Manchester United first team amid the recent speculation surrounding his future.

The 22-year-old, who spent last season on loan at AC Milan, has made six appearances for the Red Devils this season but is behind Aaron Wan-Bissaka in the pecking order for the right-back spot.

A recent report claimed that Roma want to sign the defender in January, with the Italian club’s head coach Jose Mourinho keen on a reunion with the Portuguese.

However, Dalot has said that he is enjoying the “healthy competition” at Old Trafford and is planning on staying with the club despite the ongoing transfer speculation.

“That is why I knew last season was massive for me. My body was feeling those changes and when I went to Milan it was perfect to balance everything and return to this season. That is why I wanted to stay here, fight for games and be an important player for the team,” Dalot told The Telegraph.

“I wanted to stay here and the club trusted me to stay here. My mind was completely focused on having an important role in this team.

“The most beautiful and healthy competition is when there are two or three for each position and you can learn from each other. I’m sure Aaron learns some things from me when I play, I learn from him. Everyone is going to be a part of it this season.”

Dalot, who only has little over 18 months left to run on his contract at Old Trafford, has played three times in the Premier League during the 2021-22 campaign.