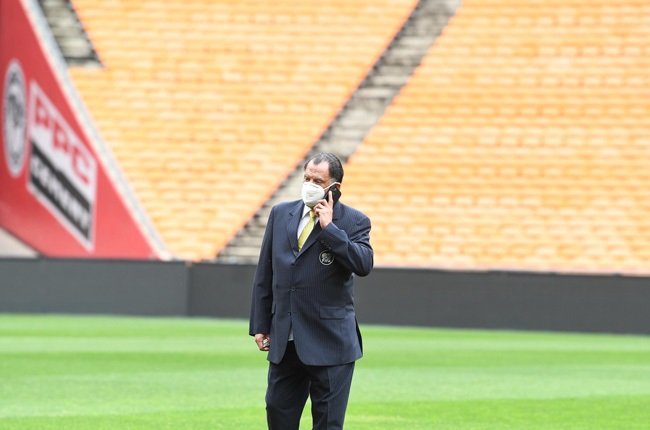 The South African Football Association (SAFA) president Danny Jordaan admitted that he does not know when they will receive a response from FIFA regarding the possible World Cup qualifier rematch between Bafana Bafana and Ghana.

SA’s football governing body lodged an official complaint to FIFA against the inconsistent match officiating by Senegalese referee Maguette Ndiaye during the Group G encounter earlier in November, which the Black Stars won 1-0 courtesy of an Andre Ayew penalty.

Bafana entered that encounter with 13 log points to Ghana’s 10 and needed to avoid defeat to ensure progression to the next stage.

The controversial penalty awarded by Ndiaye, including many on-field decisions in Ghana’s favour, saw SAFA take matters into their own hands, with hopes that their plea will give Bafana Bafana a fair chance at qualifying for a ticket to the World Cup.

Speaking to renowned broadcaster Robert Marawa on his radio show, Jordaan revealed that both SAFA and the Ghana Football Association (GFA) are waiting on a response from FIFA.

A verdict was expected nearly two weeks ago on 23 November, ahead of the draw for the third and final round of the qualifiers on 10 December.

“I am just waiting on FIFA,” Jordaan told Marawa.

“We are sitting and waiting, and all sorts of stories are emerging. We don’t know when we will get a response.

“We are just waiting; we did not submit documents to anyone other than FIFA.