Thomas Tuchel is convinced Romelu Lukaku will still be a game-changing signing for Chelsea – despite the European champions thriving in his absence. 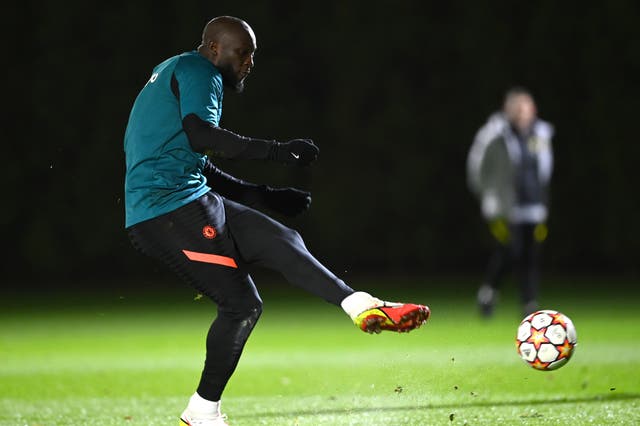 Chelsea have powered on in the Premier League and Europe despite their club record £97.5million striker being side-lined with an ankle injury for the past month.

An unbeaten run in all competitions has included thumping wins against Norwich and Juventus – but Tuchel is adamant the return of Lukaku cannot come soon enough.

The Belgian is likely to start on the bench against Manchester United on Sunday and Chelsea’s manager said: “He is a top professional and a top, top striker. He will be super and he is actually in the moment very important.

“We miss all our players when they are injured and we will need Romelu a lot.”

Lukaku is still to replicate the form he showed when firing Inter Milan to the Italian title last season – failing to score in his last seven games before his injury.

That came after a stunning start, in which he scored four in as many games after his club record move from Inter.

But Tuchel insists he has played a significant part in Chelsea’s impressive start to the season – even when out of action.

“But we shine so brightly as Romelu did the hard work before. He scored some very decisive goals for us already, to bring us in a position where young players and other players can take over, step in and show their qualities.

“We started strong when we started the season with Romelu.

“The things he brings like when he is in the dressing room, in the building even when he is injured, he is every day here, positive, determined, he pushes everybody.

“We are capable of finding solutions and the team is doing so well as Romelu is pushing. He is here and he is part of the team.

“I am happy that we can survive a long period without him without (Mateo) Kovacic, without (Timo) Werner, without (Christian) Pulisic. It shows we function as a team absolutely and we rely on top qualities like every team, but they bring so much more than only their presence on the field.”

Chelsea’s fine form has meant Tuchel has not had to rush Lukaku’s return after previously claiming the forward was suffering from mental and physical fatigue. And he will continue to manage his comeback.

“We only have three changes so the possibility he starts is not very high because we can’t be sure what happens in matches and we have to find the balance between giving minutes and being absolutely competitive for 90 minutes with the guys that start.”