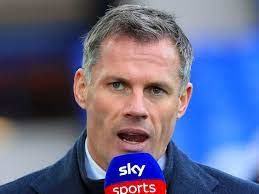 Lionel Messi turned in an underwhelming performance as Paris Saint-German lost 2-1 at Manchester City, leading Jamie Carragher to question what he offers the team

Jamie Carragher issued a withering verdict on Lionel Messi and his attacking colleagues as Paris Saint-Germain were dealt a Champions League wake-up call by Manchester City.

The French giants were beaten 2-1 at the Etihad on Wednesday night as second-half goals from Raheem Sterling and Gabriel Jesus overturned Kylian Mbappe’s opener.

The result means City finish top of Group A while PSG faces the prospect of harder last-16 opposition for qualifying in second.

It was also another frustrating evening for a star-studded attack many regards as the best in Europe, with Messi and Neymar struggling to make an impact against their dominant hosts.

Carragher accused the duo, as well as goalscorer Mbappe, of failing to pull their weight for the team as he poured cold water on PSG’s chances of lifting the Champions League.

“I just don’t believe teams can carry anybody now,” Carragher told CBS Sports . “Let’s say the four teams who I think one of them will win the Champions League – Man City, Liverpool, Chelsea or Bayern Munich – they do not carry one passenger in the team.

Carragher admits he is especially exasperated watching Mbappe, pointing out he is much younger than Messi but shows just as much unwillingness to track back.

“I get frustrated watching it because with Mbappe more than anybody,” the Liverpool legend added. “I can almost understand Messi to a certain extent, he’s 34, he has to save himself for certain moments.

“I still don’t think they can carry him, let’s not forget Barcelona haven’t won a Champions League for a long time.

“But Mbappe is 22, he should be sprinting back and getting back helping his teammates against a top Man City team. This thing about walking around the pitch, it’s not for me.”

Carragher believes there is no comparison between the mentality of PSG’s attackers and those of the Premier League’s top teams and Bayern Munich.

“I just can’t accept, I don’t care how good they are, that they don’t work for the team. The days of carrying passengers are long gone.”