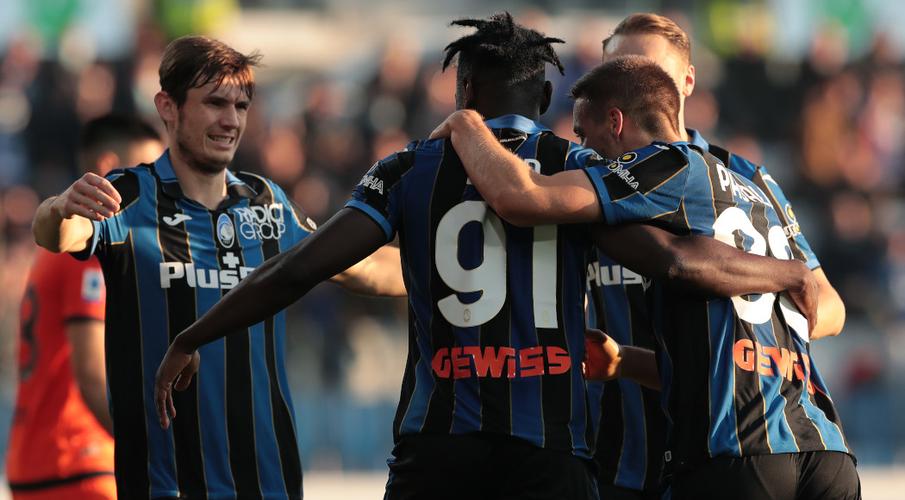 Atalanta made sure that they would stay in the Serie A top four on Saturday with a thumping 5-2 win over Spezia.

Gian Piero Gasperini’s side are level on 25 points with Inter Milan, who sit third and host league leaders Napoli on Sunday evening, after a dominating display in Bergamo.

A Mario Pasalic brace and Duvan Zapata’s penalty, which the Colombian forward scored at the second attempt after Spezia players encroached during the first saved spot-kick, ensured a comfortable first-half lead for Atalanta after M’Bala Nzola had opened the scoring for the away side.

Late goals from Luis Muriel and Ruslan Malinovskyi then wrapped up the points and consolidated Atalanta’s place in the Champions League positions and warm-up nicely for Tuesday’s trip to Young Boys.

The win extends the gap between Atalanta and fifth-placed Lazio to four points before the Roman club host Juventus in Saturday’s early evening match.

Spezia sit in 16th, just two points above the relegation zone and regional rivals Genoa and Sampdoria, after their eighth defeat in 13 games so far this season.

Later AC Milan will have the chance to move top of Serie A when they face Fiorentina in Florence.