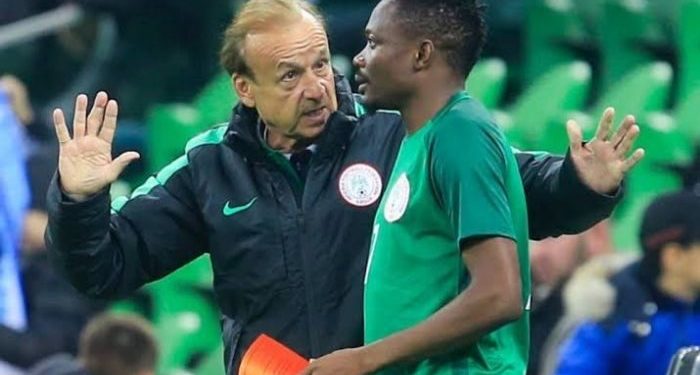 Super Eagles skipper, Ahmed Musa, has said they were determined to record an outright victory against Cape Verde in their FIFA World Cup qualifier in Lagos.

After beating Liberia 2-0 on Saturday, the Super Eagles will engage the Wild Beasts in their last group game of the FIFA World Cup qualifiers on Tuesday.

The Gernot Rohr’s tutored side are leading the Group with 12 points, while their visitors are second with 10 points from the same number of games.

However, the Super Eagles need at least just a point against Pedro Bubista’s side to secure their place in the final phase of the qualifiers.

Musa who scored the final goal against Liberia said, the Super Eagles will go all out for the victory and won’t settle for a draw.

“No one is thinking of a draw. It is a must-win match, as far as we are concerned. The mindset is to win & reach the final round of the World Cup series,” Musa told Brila.